This World Ocean's Day we want to feature a blog post from our BC Nature Challenge platform partner, the B.C. Cetacean Sightings Network.

The B.C. Cetacean Sightings Network (BCCSN) is one of Canada’s longest-running citizen science programs. The BCCSN collects opportunistic sightings of cetaceans (whales, dolphins, and porpoises) and sea turtles from coastal citizens along the coast of British Columbia to better inform researchers about the distribution, relative abundance and habitat use of these species – many of which are threatened or endangered. Started as a partnership between the Vancouver Aquarium and the Department of Fisheries and Oceans (DFO – now Fisheries and Oceans Canada), the BCCSN is celebrating its 20th year in 2020!

The motivation behind the BCCSN began in the 1970s, when the late Dr. Michael Bigg was tasked by DFO with counting the number of killer whales found in B.C.’s waters. Our coastline stretches over 25,000 kilometres with islands and inlets that make large-scale surveys for highly mobile aquatic animals very challenging, so this was a big undertaking! Dr. Bigg turned to coastal citizens – a group that spends much of their time on or near the water on a daily basis – for help, and completed the first-ever census of killer whales in B.C. This census effort was repeated in subsequent years, and eventually grew to include other cetacean species spotted in B.C.

The BCCSN has grown substantially since its official founding in 1999. Initially, citizen scientists reported their cetacean sightings by phone or email, or by filling out paper logbooks. In 2015, the BCCSN launched the WhaleReport app as a convenient way to report sightings straight from your phone. WhaleReport also contains useful information about how to identify cetacean species at sea, and sightings reported using the app contribute to real-time conservation by sending an alert to commercial mariners piloting large ships about nearby whales via the WhaleReport Alert System (WRAS).

Today, the BCCSN’s database contains over 130,000 sighting reports from over 7,000 observers. Coastal communities continue to be engaged province-wide by BCCSN staff based in Vancouver, as well as at the North Coast Cetacean Research Initiative (NCCRI) in Prince Rupert and the Southern Vancouver Island Cetacean Research Initiative (SVICRI) in Victoria.

Celebrate this World Oceans Day with the BCCSN by downloading WhaleReport and reporting your sightings of whales, dolphins, porpoises and sea turtles! Before you get out on the water (or check out the Whale Trail B.C. to find a land-based whale watching site near you), be sure to Be Whale Wise and keep your distance, and brush up on your cetacean knowledge with these “whaley” fun facts about our aquatic neighbours:

Have a great World Ocean's Day, everyone! 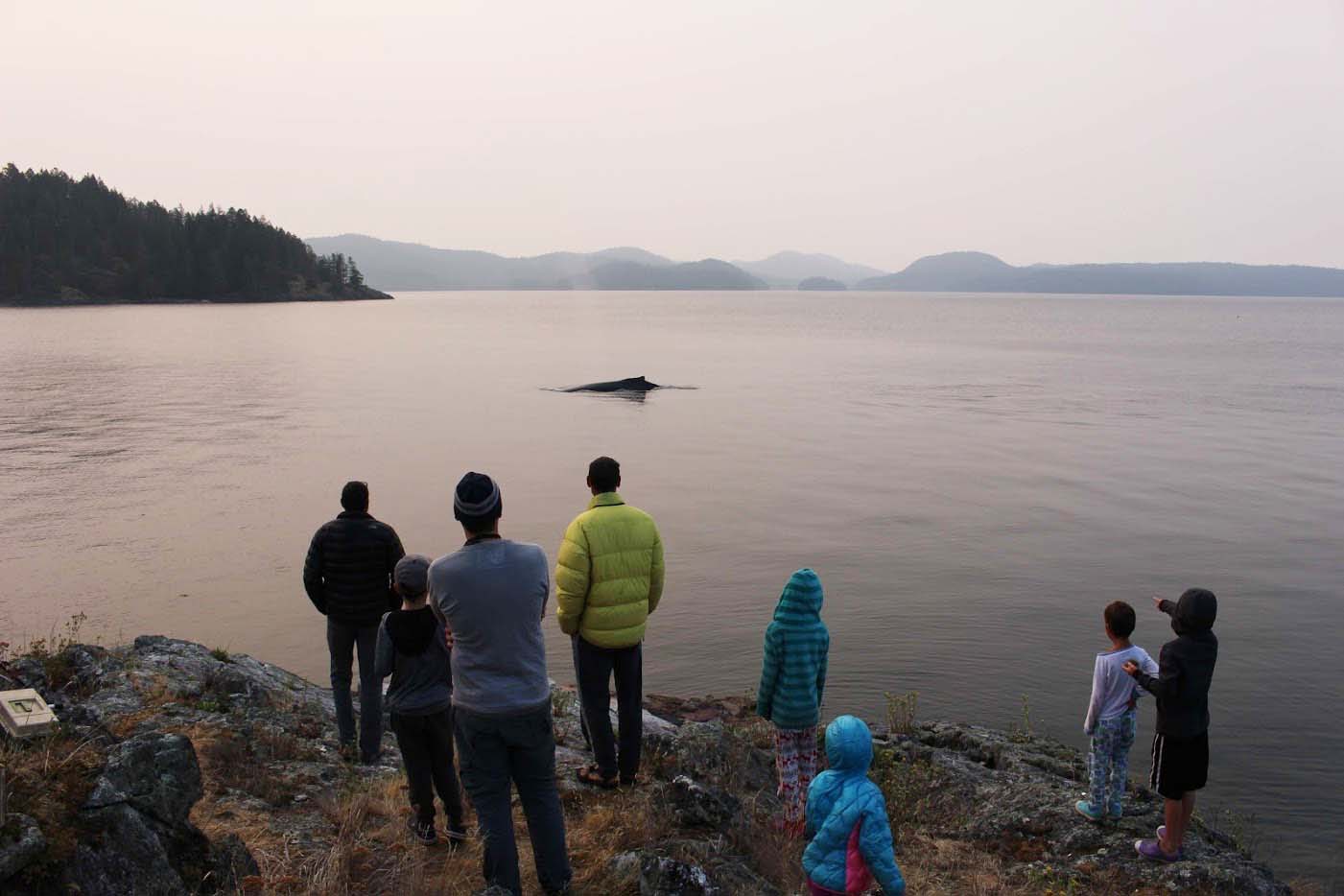 Thanks to the Ocean Wise team for contributing a wonderful blog on World Ocean's Day. Be sure to check them out on Instagram, Facebook, and on the WhaleReport App.

Thank you! We'll be in touch.